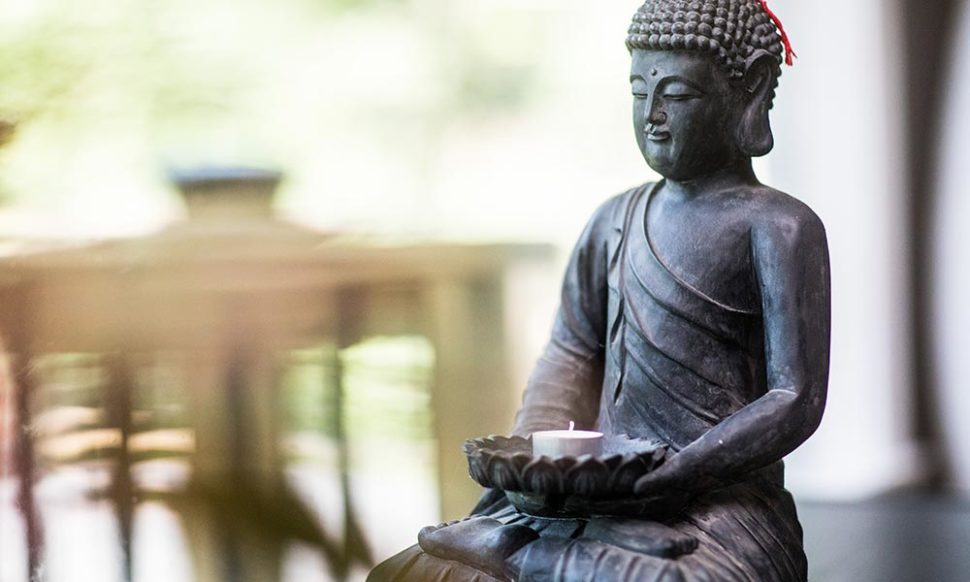 I became a student of suffering in my early teens.  There were many opportunities to see and feel the dissonance between what I was being told is the “Truth” and my own experience. I still remember some of the many embodied experiences of suffering I experienced as a child and young teen. The communist regime in former Czechoslovakia I grew up in, was very keen on denying it. As a result, I spent many years confused and unsure about my experience of life, which later on, was another layer of Dukkha I had to understand.

One of the communist regime ideologies that were pushed on us was  “we are all the same, equal, and life is fair for everybody”. It was very hard to implement in schools, but the teachers tried very hard. We were punished (physically as well as verbally) for being different, for thinking and behaving outside the norm. I was punished often and a lot, because at home I was encouraged by my father to always speak my truth despite the price.

In the name of sameness and equality, we were asked (girls and boys) in school to perform equally in all subjects. We were not only graded in subjects such as math, Slovak language and literature, etc. but also in physical and musical education, hand technical work (we are talking nail, hammer, saw and building stuff inside and outside from wood, metal, concrete…) and hand artwork (sewing, stitching, making things such as clothes…).

I remembered being asked for many years to get up in front of my entire class to sing one of the Russian propaganda songs for a grade. I was a terrible singer, I was told early on, and received many bad grades, including Fs. One day when I was about 13, I just had enough of the embarrassment and humiliation, I refused to sing. The teacher couldn’t believe it. She repeatedly asked me to sing, but I wouldn’t. She threatened me with an F grade, to which I replied that I am Ok with. Eventually she came to me and slapped me. I got so mad, started yelling at her and wanted to slap her back. It was a huge deal and I was for a long time in a great deal of trouble, well, until Velvet Revolution in 1989.

My whole family on my father’s side was involved to some degree in an informal civic initiative called Charter 77. It was mostly by spreading the text of the document, which was considered a political crime by the communist regime. They paid for it by going to prison, having their books burned and being forced to work manual labor despite their education.

By the time I was 10 years old my father was so angry at the regime that he spent most of his time hating aloud. I became afraid of him, and at the same time I was proud of him for not being like everybody else I knew personally – a hypocrite and make-believer.

Aversion was also my only response to the suffering that I was experiencing and the suffering I saw in my family and our society. I was astonished and so disappointed by how normalized the hypocrisy, cheating, and stealing was in our society.  I was desperately looking for a way to relate to, to understand all of this suffering.

It came in the form of an old kung fu movie when I was about 12 years old. By the way, we didn’t really have much TV during communism and it was very censored. This movie showed in detail the mental and physical training these Shaolin monks undergo to become masters of their art. I realized my mind was “weak” (that is how I named it then) and completely at the mercy of what I know now are the 8 worldly winds. I told myself that I want to develop my mind like them. So it is strong and not moved by every external influence. I signed up for a karate class (nothing else was available in my town during that time) the same week.

Fast forwarding from karate class, meditation classes & courses, yoga, Zen to finally finding my home in Vipassana.
So, 25 years later, I am still a student of suffering. It has been a life filled with immeasurable good fortune – growing up having just  “the right amount of suffering” to wake me up, but not to much to become a fragmented child, finding the Dhamma, having heart and mind inclined and willing to practice and continue to develop the Noble Eight-fold Path.

There is so much gratitude in my heart and mind for this useful practice. I am grateful for all the students and teachers who came before me, who took very good care of the Dhamma teachings and their practices, so we can all still benefit from it 2,600 years after the Buddha. MUDITA!